Two DxE investigators were facing years in prison after investigating Smithfield's largest pig farm and rescuing two piglets. On October 8th they were found NOT GUILTY on all counts by a jury, bringing us one step closer to establishing the Right to Rescue. 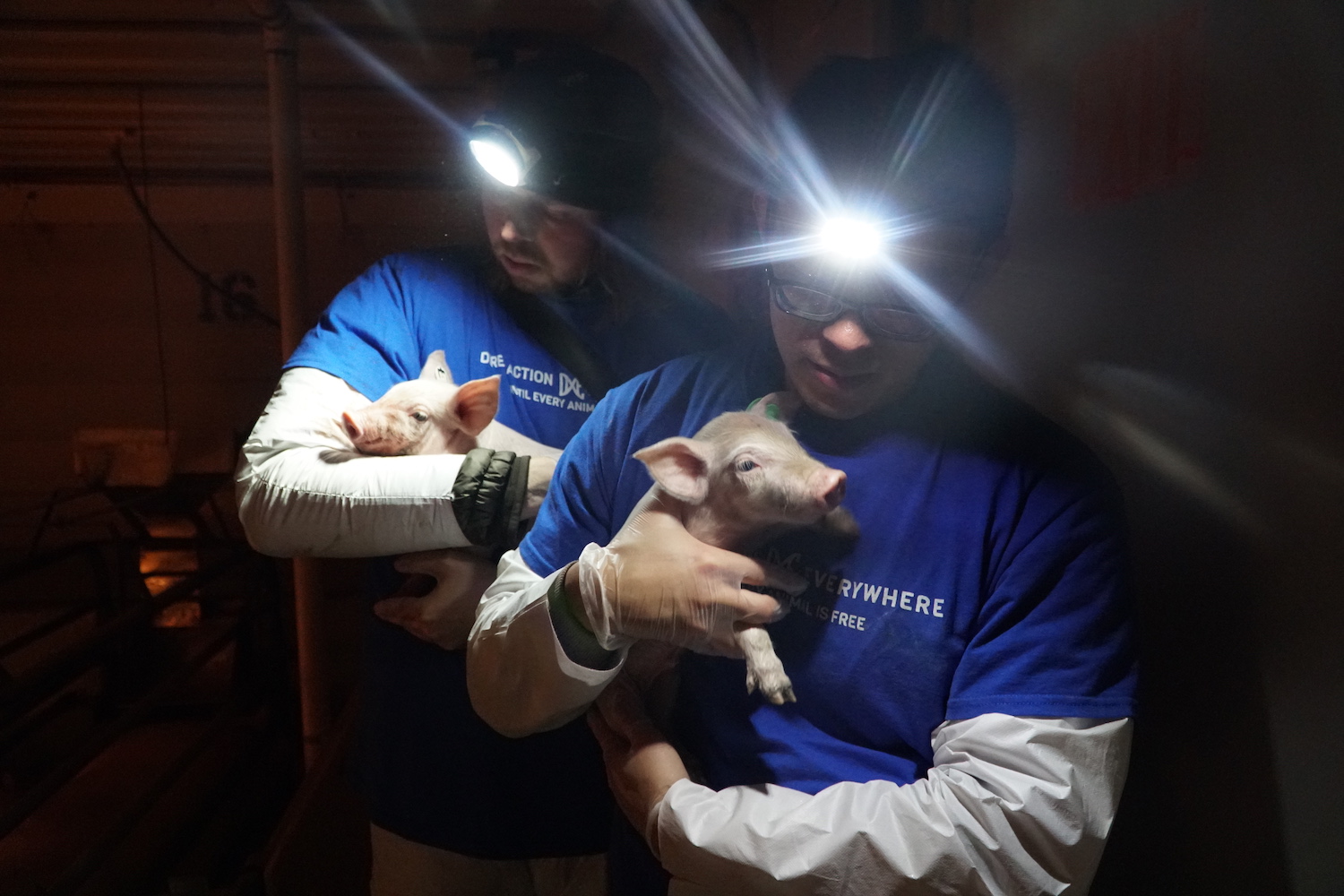 In 2017, investigators with Direct Action Everywhere infiltrated Circle Four Farms. This one farm is over 50 square miles with over 300 barns and 150 manure lagoons on site. The investigators filmed the conditions inside with a 360 degree virtual reality camera.

Their footage, titled "Operation Deathstar," documented row after row of mother pigs crammed inside gestation crates barely bigger than their bodies and piles of dead piglets covered in their mothers' feces.

The “Deathstar” reference compares the villainous megaweapon from the Star Wars film series to the largest factory pig farm in the country, Smithfield Foods’ Circle Four Farms in Milford, Utah.

The investigators rescued two sick piglets: Lily, who had a severe leg injury, and Lizzie, who was malnourished and nursing on a shredded, dysfunctional nipple. They took Lily and Lizzie to a sanctuary to receive care. Then, they published the whole investigation and rescue online and in the New York Times to show the world the nightmarish cruelty happening inside Smithfield’s farms.

The story went viral when the FBI started hunting for the rescued piglets, raiding sanctuaries and even cutting off part of a pig’s ear to do DNA testing.

DxE investigators Wayne Hsiung and Paul Darwin Picklesimer went to trial October 3-7, 2022 in Washington County, Utah. On Saturday, October 8, after a full day of deliberations, the jury of 8 people unanimously found Wayne and Paul NOT GUILTY on all charges for rescuing Lily and Lizzie from Smithfield. This is a groundbreaking verdict and a major win for the right to rescue animals from abuse.