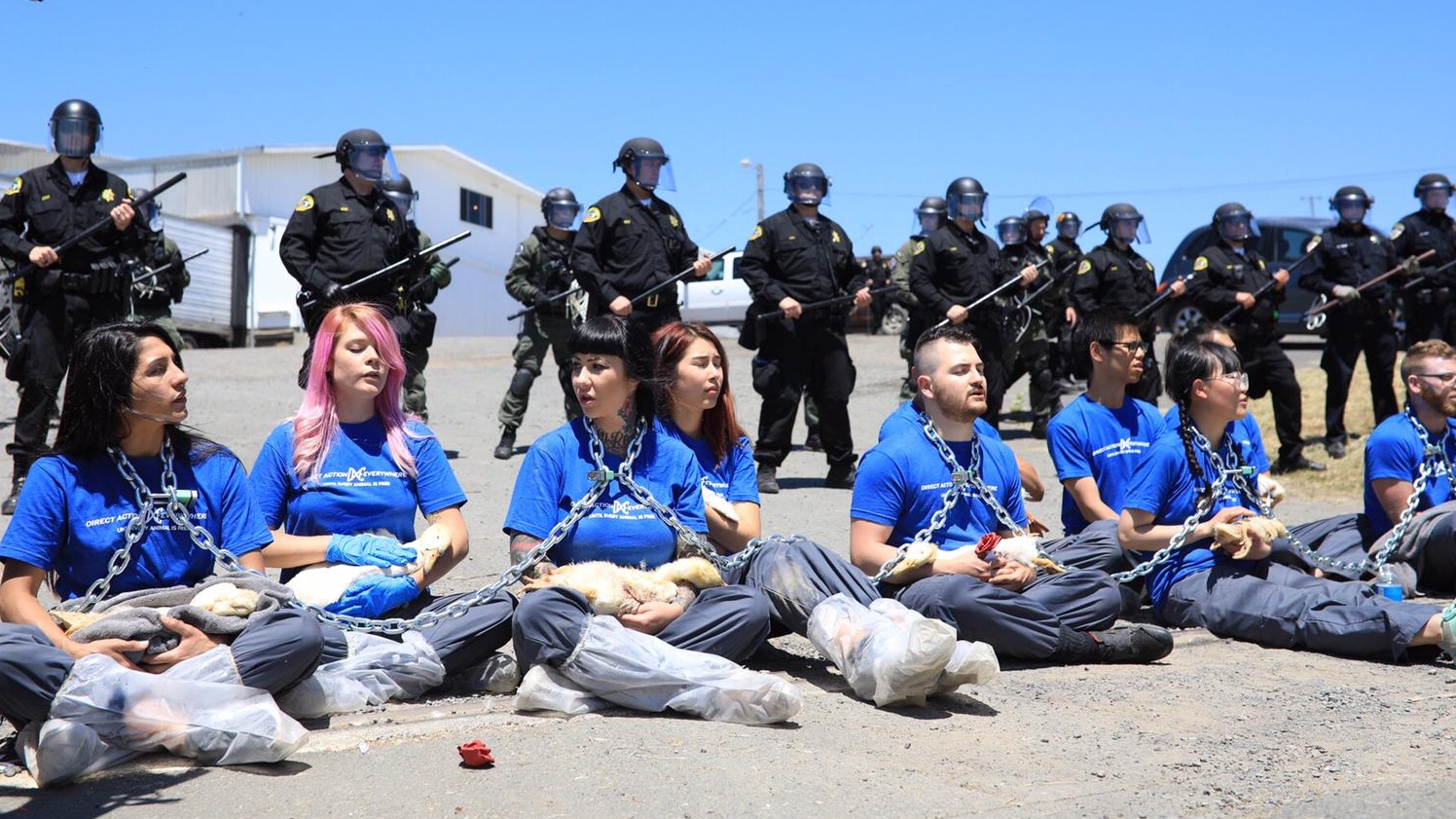 Repeated evidence of criminal animal cruelty has been exposed at factory farms in Sonoma County. Legislators and government officials have been contacted dozens of times with this footage and have taken no action. Instead, Sonoma County officials have arrested the nonviolent activists who exposed this cruelty and gave aid to suffering animals. Those activists now face years in prison. Their preliminary hearings are set for January and February of 2020, and time is running out. Will you add your voice to support the Right to Rescue by asking Sonoma County to drop the charges?

Since 2014, whistleblowers and investigators with the animal rights network Direct Action Everywhere (DxE) have been documenting the conditions inside animal agriculture facilities in Sonoma County. In every instance, investigators have found criminal animal cruelty including violations of California Penal Code Section (CPC) 597 and Proposition 2.

The footage taken inside these farms show baby chicks who are so sick and injured they cannot stand to reach food and water, ducks who live on wire without ever having access to water for swimming, hens who are trapped in metal cages for their entire lives, and birds who are cannibalizing each other due to stress and confinement. Investigators also found many dead animals inside barns, some of whom were in such advanced stages of decomposition that necropsies could not even be performed. Veterinarian reports confirm these findings and indicate that there are animals on these farms that are too sick and injured to stand or walk, have necrotic wounds, and are starving.

This information has been brought to key stakeholders including the District Attorney Jill Ravitch, the Sheriff’s Office, Sonoma County Animal Services, the California Attorney General, and the California Department of Food and Agriculture. In all instances, the whistleblowers have been either ignored or met with inaction. There has been no accountability for the corporations and farms engaged in criminal animal cruelty; instead, more than 120 activists have been prosecuted for investigating the farms. The County has made a concerted effort to take down DxE leadership, charging 6 Organizers, including 4 of the 5 members of the elected Core team, with 7 or more felonies each.

Despite repression, more and more activists are speaking up and taking action for animals. They are demanding that government officials commit to investigating animal abusing facilities and ending the prosecution of nonviolent whistleblowers.