DxE is taking on a giant: Smithfield Foods 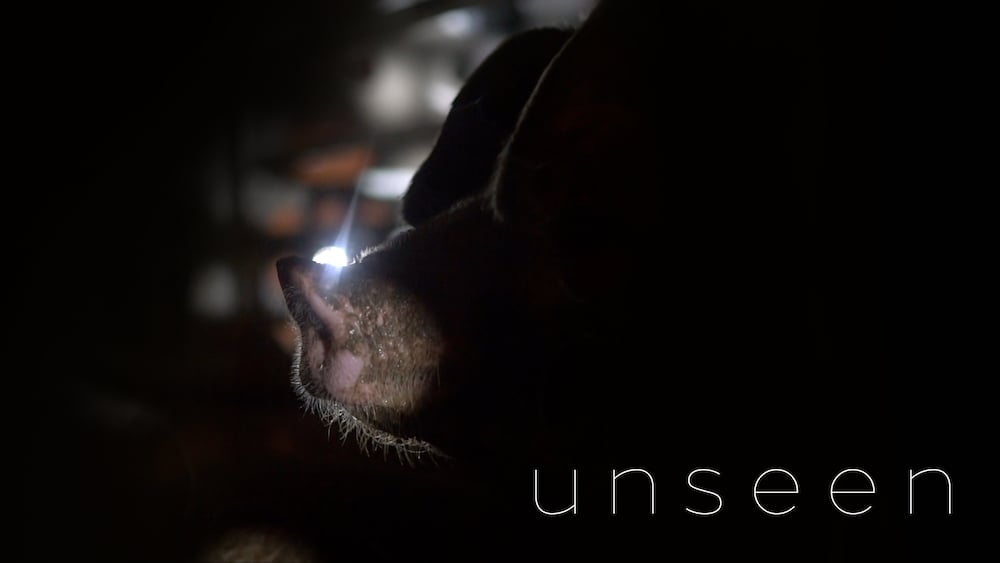 We’re demanding an immediate moratorium prohibiting the construction of new factory farms and slaughterhouses in California, and a complete ban by 2025. #CancelAnimalAg

Smithfield Foods is the largest “pork” producer in the United States, slaughtering one fourth of all the pigs killed for food in the US. It is owned by the Chinese company WH Group, which is the largest "pork" producer in the entire world. This company represents the worst of animal ag -- brutalizing animals, exploiting workers, accelerating global warming, brewing diseases, spraying manure onto communities of color, and threatening the people who expose them with decades in prison.

In 2020, DxE trailed a slaughter truck over 700 miles from a Smithfield factory farm in the Utah desert to a newly constructed California slaughterhouse, documenting the violence at every step. The investigation culminated in the groundbreaking, new mini-documentary, "Unseen."

Dead, pathogen-laden pigs were left outside the slaughterhouse where wild animals were seen feeding upon them. This presents a proven risk of zoonotic disease transmission, with pigs, birds and even feral cats potentially infecting humans.

The diseases brewing inside Smithfield’s farms are being spread around the country, and everyone -- animals, workers, and all life on this planet -- is in danger.

The COVID-19 crisis has thrust animal agriculture into the public spotlight. People everywhere are waking up to this senseless collision course. Now is the time to call on California to lead the way and take a stance against animal ag. We’re demanding an immediate moratorium prohibiting the construction of new factory farms and slaughterhouses statewide, and phasing them out completely by 2025.

Join us in tweeting at California’s Governor Gavin Newsom asking him to take a stand against this violent and dangerous industry.

A moratorium on factory farms and slaughterhouses is the first step to transform our food system.

DxE investigators discovered plastic bags filled with the testicles and tails that Smithfield cuts off of piglets without anesthesia.

Smithfield facilities in North Carolina are also spraying out toxic manure into the neighborhoods near its farms. Locals have suffered respiratory illnesses and other diseases, in addition to the persistent odor which is so unbearable some residents have said they avoid even going outside.