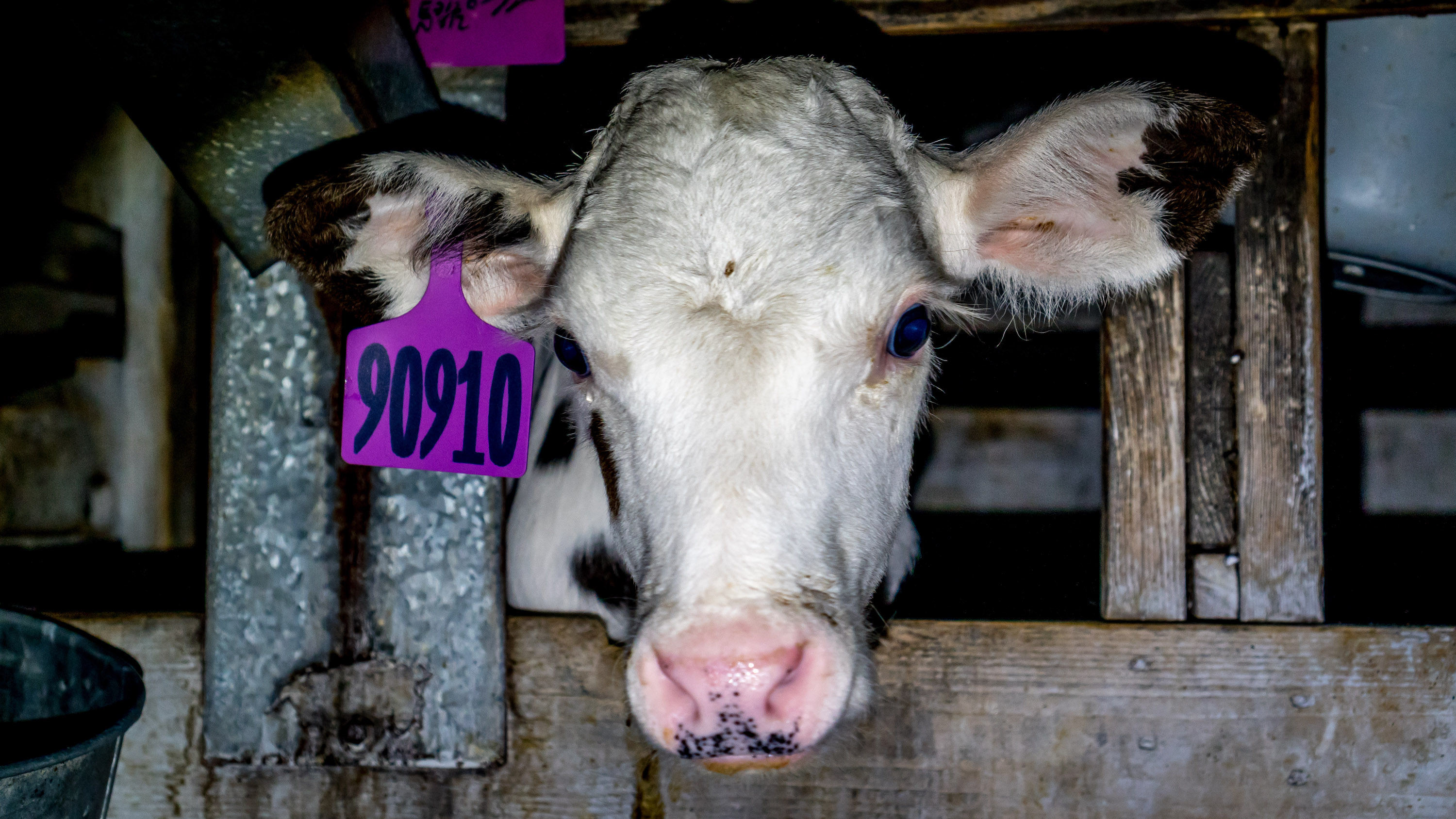 DxE investigations at dairy farms across the US have exposed egregious animal cruelty. Baby cows are routinely separated from their mothers hours after birth. Calves, who are very social in nature, are then isolated in small hutches, routinely exposed to both extreme heat and cold with minimal protection. Male calves -- of little value to the dairy industry due to not producing milk -- are often killed at days or weeks of age for the veal industry. Females enter into the same cycle of impregnation and familial separation as their mothers, until they are eventually slaughtered once their production decreases.

The public is turning against this cruelty and milk sales are steadily declining, but taxpayer dollars are still being used to bail out Big Dairy. It's time to end government subsidies to the dairy industry and invest in more sustainable and humane plant-based alternatives.

Dairy is a major contributor to climate change. The mega-dairies of California keep thousands of cows in close confinement, which produces massive amounts of waste. The waste is stored in manure lagoons, releasing hydrogen sulfide, methane, ammonia, and CO2 as it decomposes and contributing to terrible air quality in surrounding areas. Communities and environmental groups have filed lawsuits against the EPA and factory farm dairies in the region.

Scientists agree that the heavy use of antibiotics in livestock, including in the dairy industry, contributes significantly to the problem of drug resistance.  The dairy industry also threatens public health by increasing pandemic disease risk; COVID-19, like SARS, the Spanish Flu, and many other outbreaks before it, is a zoonotic pathogen -- meaning it is transmitted between humans and animals (usually closely confined animals, such as at dairy farms). Animal agriculture uses the majority of the antibiotics in this country, creating drug-resistant superbugs which the World Health Organization says poses one of the biggest threats to global health, food security, and development today. The Centers for Disease Control and Prevention (CDC) further warns  that “…3 out of every 4 new or emerging infectious diseases in people come from animals.”