Right now, activists with Direct Action Everywhere (DxE) are facing years in prison for rescuing animals from farms, slaughterhouses, and labs. These legal cases present a powerful opportunity to elevate the stories of farmed animals to the public, and victories in court expose and destabilize the industry. In October 2022, DxE activists won the first-ever “not guilty” verdict for an open rescue case in the #SmithfieldTrial. This was a major win for the Right to Rescue, but our work is far from over. We have more trials coming up and we need your help to use these cases to spark a revolution for animal rescue and animal rights. 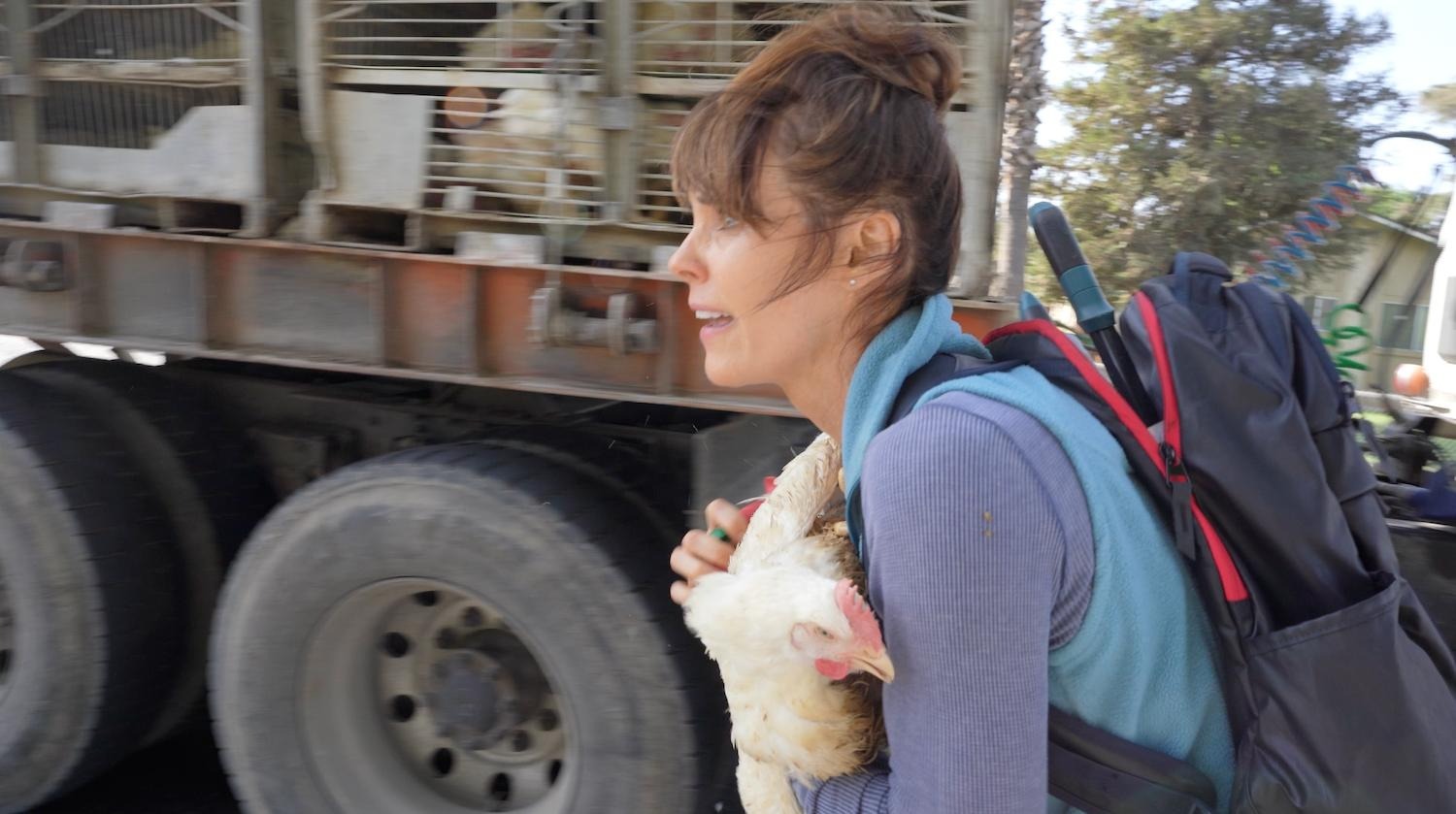 The toll of factory farming is beyond doubt. Industrial animal farms are one of the largest causes of climate change and habitat loss. They contribute to serious public health risks, including antibiotic resistance that sickens and kills young children. And they inflict grotesque cruelty on billions of sentient beings. Polling data shows that an overwhelming 97% of the US public believes that animals need some legal protection from exploitation, and 49% believes factory farms should be outright banned. These numbers increase every year, which is why leading political commentators and philosophers have described animal rights as the next frontier of social justice.

Yet far from supporting progress, our political and corporate leaders have too often blocked it. Nationwide, the industry receives billions of dollars in subsidies -- including corporate welfare for millionaires. Government-established price controls gouge consumers, especially those who are in most need, and deceptive corporate marketing manipulates us into taking actions against our own values. Laws have been passed to prohibit competition in the market by plant-based alternatives. And perhaps most frighteningly, our most basic civil liberties have been undermined -- and over 120 nonviolent activists and whistleblowers have been arrested on felony charges and threatened with prison -- for exposing the industry’s misconduct and trying to help suffering animals.

The devastating toll of this industry -- on the planet, on our citizens, and on animals -- demands action. We are calling for an immediate end to the government support of factory farming abuses and the draconian prosecutions of nonviolent activists. And at the heart of this issue, we demand legal protection for animals, including the legal right of all animals to be rescued from situations of distress and exploitation.

Add your name in support at RightToRescue.com.