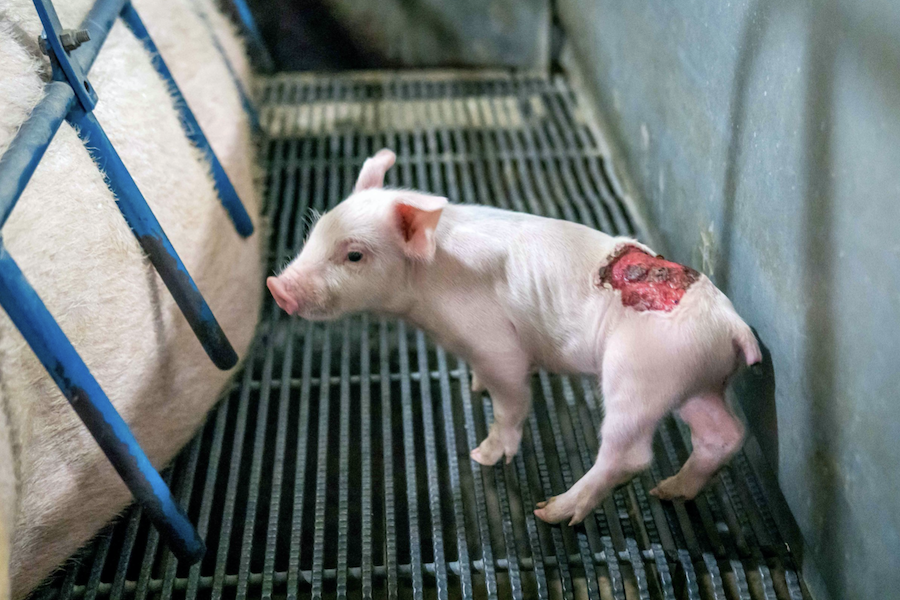 The filthy, crowded environment at Smithfield's farms leads to rampant disease and often to death.

Lauri is just the beginning. Help us save more.

Powerful corporations are abusing animals, spreading antibiotic resistance, and threatening all life on the planet. We need to take action to expose their crimes and to stop this dangerous cycle from spinning out of control. Lauri’s story of rescue and recovery has the power to change the world, but we need your help to continue exposing the truth until every animal like her is safe and free.