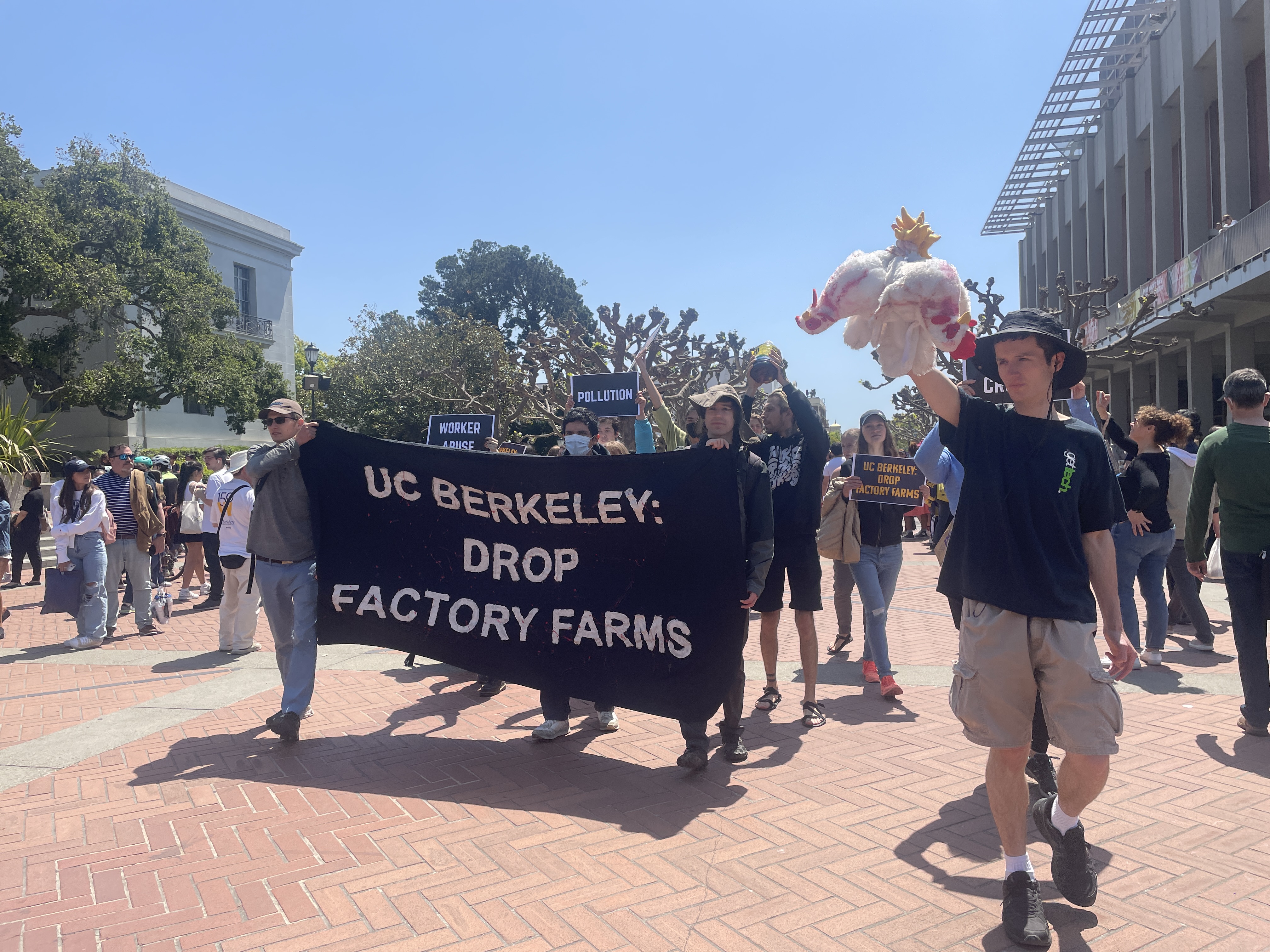 Tell UC Berkeley to drop Tyson, Hormel, and Coleman immediately and to transition to a more compassionate and sustainable food system.

UC Berkeley students have discovered that at least 50% of the meat suppliers used by Cal Dining, the dining hall system at UC Berkeley, have been investigated and exposed for animal cruelty, workers rights violations, and environmental destruction. They have sent investigation findings to the university and had multiple meetings with Cal Dining staff about dropping these suppliers. However, UC Berkeley refuses to drop them or stop supporting factory farms.

Now, students are escalating their campaign and asking the public to join them in calling on UC Berkeley to drop Tyson, Hormel, and Coleman immediately. This is a first step toward transitioning to compassionate, sustainable, plant-based dining halls.

In response to the investigation, UC Berkeley dropped Seaboard Foods as a supplier. They have also dropped Diestel Turkey, after viewing a DxE investigation. While these are successful steps, they are not enough. UC Berkeley needs to drop all animal abusing suppliers immediately.