This is a response to a recent study by Faunalytics regarding the impacts of protest on diet change.

“Not Recommended: Protests.” “Protests are wrong until they’re right.” Within 24 hours of each other, a study and an article with these two polarizing conclusions were released. So which is it? Are protests a necessary component of change, or are they harmful? As I’ll argue in this blog, discounting protest is a short-sighted conclusion that overlooks the need for systemic change in the animal rights movement.

Before I dive in, a bit more context: “Protests are wrong until they’re right” is the headline of a long-form New York Magazine article written in the wake of a series of disruptive protests done to draw attention to the mass killing of 5.3 million chickens at an egg farm in Iowa. “Not Recommended: Protests” is one of the broad conclusions from a study released by Faunalytics into the impact of various forms of animal advocacy on individuals’ behaviors, attitudes and beliefs about farmed animals, notably animal product consumption. I am greatly appreciative of the work Faunalytics does because research into effective advocacy methods, particularly research using experimental study designs, is lacking in the animal rights movement. None of the following thoughts or conclusions negate any of that, and I found this study to be well-designed with clearly presented results and all the necessary disclaimers that come with studying the messy complexities of human behavior.

So let’s get into the details of the study. The researchers conducted a self-report study in which they asked participants about what types of advocacy they had experienced in the past five years and their current behaviors, attitudes and beliefs about farmed animals. They also did an experimental study in which they asked different participants about their behaviors, attitudes and beliefs about farmed animals, then exposed participants to one of ten different forms of advocacy, and then measured their behaviors, attitudes and beliefs about farmed animals again two weeks later. The conclusions and recommendations are based on the results of both the self-report and the experimental studies taken together. (1) And from their sample of over 4,000 people, the results are basically that nothing is effective: “​​This study showed that, unfortunately, none of the ten advocacy types we tested produced significant overall changes in animal product consumption, pledges, or rates of signing welfare petitions.” Not graphic videos, not education, not news articles, not social media, not protests, not books, nothing.

It is from these results that the study draws its conclusions. And this is where I start to have concerns. When I see the results of this study, I find that the most appropriate conclusion to be made is that attempting to change people’s individual behavior is not effective, at least in the short-term with the ten methods of advocacy assessed in the study. Instead, the researchers draw different conclusions, recommending that protests not be used and recommending that news articles and social media posts be used because they slightly decrease meat-avoiders’ consumption of animal products and have no negative impacts on meat-eaters. Now, I have no issue with news articles and social media posts but if the “best option” is the one that just reduces consumption by 1.3-2.3 servings a week for some and does nothing for the majority of the population, and if the range of weekly servings of animal product consumption following exposure to advocacy ranges from 14.7-15.5 (with 14.9 for the control group who had no exposure), I think it’s time to re-evaluate the overall strategy. When the difference between the worst case and the best case scenario is one serving a week, we have a problem.

Let’s just pretend to accept for a moment that this is the best we can get and that for some reason we have to focus on individual behavior change. How might advocates get a news article in front of millions of people? It is exceptionally difficult to get mainstream media, especially outlets with the highest circulation numbers, to cover farmed animal issues. Sometimes, even investigations exposing horrific abuse don’t cut it in today's climate. Take for instance DxE’s investigation of Rembrandt Farms, an egg farm in Iowa that essentially roasted 5.3 million chickens alive in response to a single case of avian flu. Pitching this investigation resulted in some coverage by The Des Moines Register, which was positive, but that was it. However, following three disruptive protests of the NBA playoffs (the owner of the farm also owns the Minnesota Timberwolves) hundreds of outlets covered the investigation (the vast majority of which were positive, though some were critical). It often takes disruptive or high-risk actions (i.e. investigations and open rescues) to get the media talking.

But we don’t need to accept that small consumer changes are the best we can get. Since changing individual consumer behavior is so difficult and rarely effective, we can instead focus on changing the system, such as the legal and political system and the social norms that create the “weather” around us. This is where protests serve their role. It is dangerous to assess protest based on a metric that it isn’t trying to meet while ignoring its actual role in the movement, and then broadly discourage its use. Of course protests make some people angry - they are often loud and disruptive. How many times can we look back in history and see the population complaining about the protest movement of the time, from women’s suffrage to civil rights, AIDS activism, and Black Lives Matter? Protests draw attention, they start conversations and force debate, they get the media talking, they put pressure on institutions, and they help form and solidify protestors’ identities. (3) They are not primarily designed to change the individual behavior of the small sample of people who directly witness them. I think this can be hard for people to remember because our movement is still stuck in a mindset of individual change - when you’re a hammer, everything around you looks like a nail.

Of course, we cannot expect this study to draw any conclusions about whether systemic change is effective or whether protest is effective at creating systemic change, since this is not what they studied. My main concern is that researchers are discounting a tactic based on its ineffectiveness at doing something it’s not trying to do. I see this as an area where a great deal more research is needed, though we can look to other social justice movements to see that time and time again protests were critical components for change despite being generally disliked by the population. In fact, I cannot think of a social movement that achieved transformative change that did not use protest and this is why I find it dangerous for such a key tactic to be written off. It is an important reminder and lesson for us using protest on the need to educate our community and the broader movement of its role in social change.

There is one result from the study that I do find somewhat concerning, which is that meat-avoiders who were exposed to protests were less likely to sign a petition in support of animal welfare. Considering that we need to draw more and more people into taking action in order to build a mass movement that can achieve systemic change, and petition signing is a baby step towards joining the movement, this seems like an important area for further research and something for us to consider when designing protests.

In conclusion, while I am greatly appreciative of Faunalytics and the researchers for conducting this study and I find the results very interesting, I am critical of the conclusions drawn. It feels inappropriate to broadly recommend and discount tactics in a study that found that, on the whole, none of the tactics were effective, and furthermore assessed tactics against a standard they are not trying to meet. I encourage the authors to amend the recommendations to specifically indicate that this is in relation to the goal of changing individual consumer behavior. The researchers also fail to report how tactics can work together, for example a protest being used to garner press attention.

For activists reading these results, I hope that they signal the immense challenge that exists when trying to create individual behavior change in isolation of broader systemic change. Even more so than ever, this study has me convinced that systemic change is where our focus must lie. I look forward to additional research being conducted into this area and I am grateful to all those out there, like Faunalytics, working to make our movement smarter, more evidence-based, and more effective.

(1) This is a short summary of the methods used to collect and analyze data and I encourage everyone who is interested to read the study in full.

(2) Significance here refers to statistical significance, which means that the result is very likely to be real and unlikely to be due to random chance. 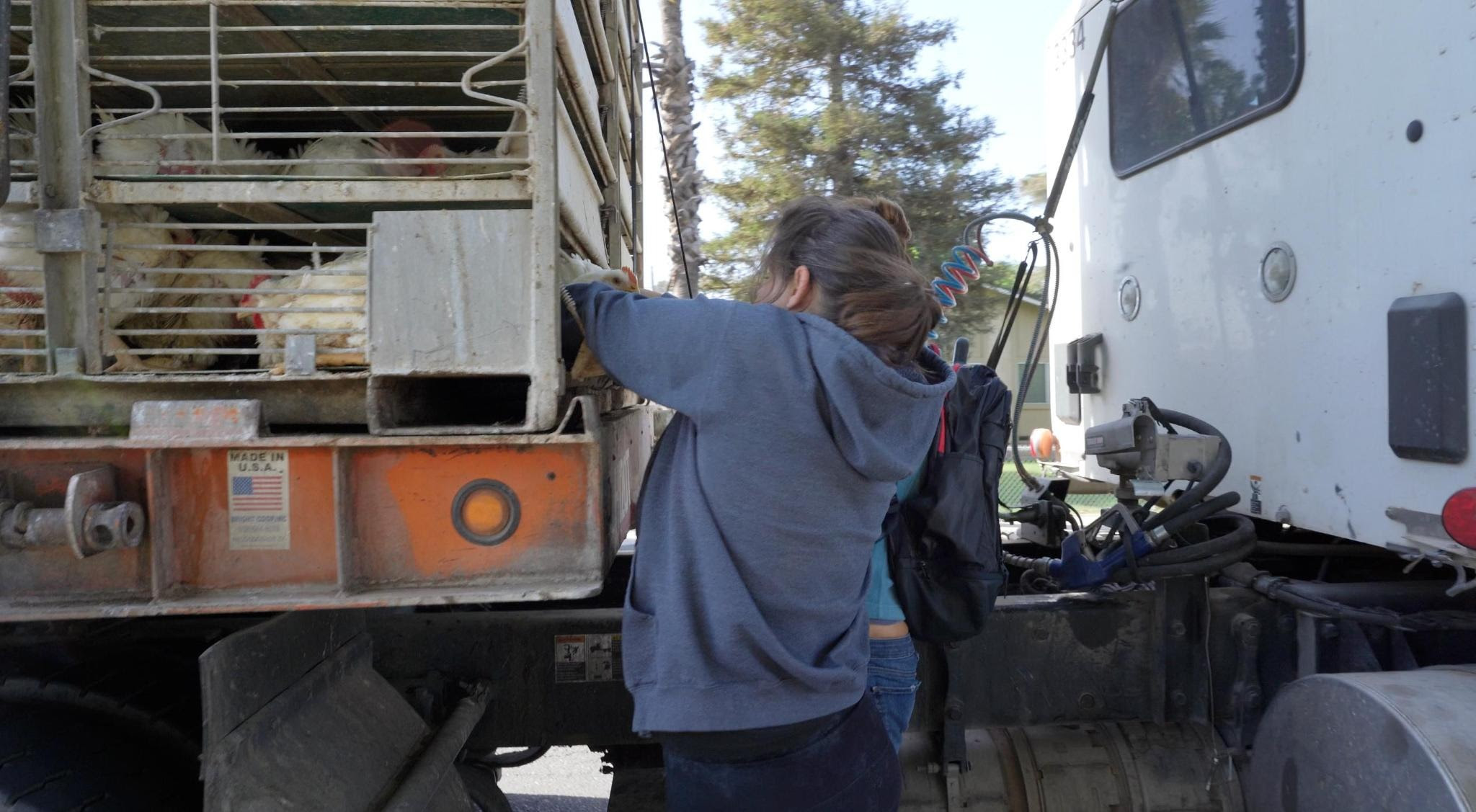