Here's the plan for our next mass action 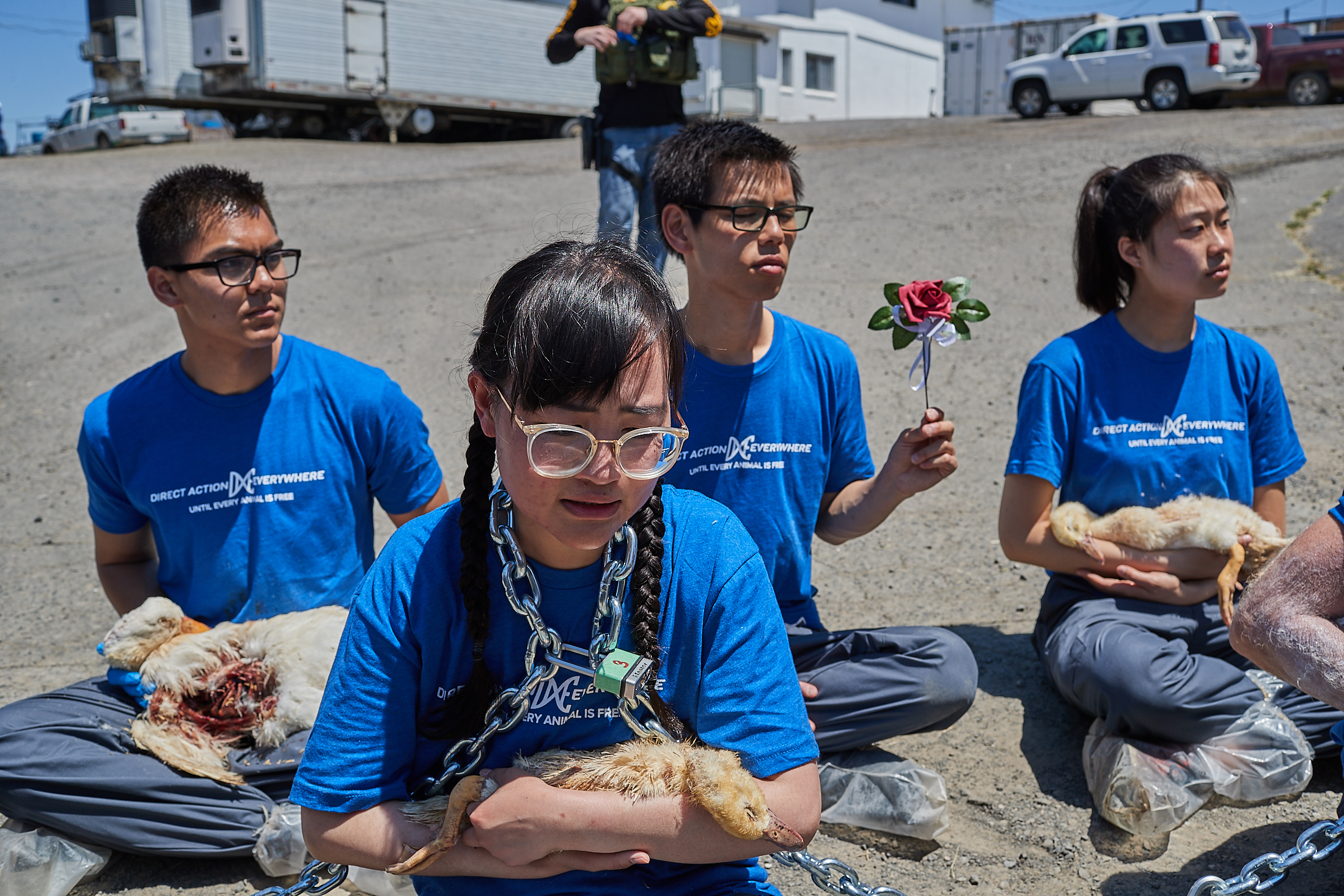 If you’ve been a part of the Direct Action Everywhere network for a while, then maybe you can guess what this blog is going to be about. No, I am not going to share all the details of a hypothetical, planned mass action. I hope that in the future we will reach a point of such extreme public support that our actions benefit from radical transparency, but for now, practicing security culture can help prevent infiltration, repression, and sabotage. So if I did have any inside information about planned civil disobedience, I would practice good security culture by making sure to only share details with people who need to know them for mission success. Even people involved in planning a high-risk action might not know all the details. Sharing information on a “need to know” basis means each person should only know the details that they specifically need to know.

That might sound intense. Security culture can definitely feel intimidating, but it is vital to DxE’s success in pulling off groundbreaking actions, investigations and rescues, just as it is useful for all movements working to challenge a repressive status quo. History shows us why.

Years after the assassination of Malcolm X, it was revealed that his chief bodyguard was an FBI informant. “Agent provocateurs” have been exposed while attempting to incite political violence dozens of times, as was the case at the 2004 RNC protests in New York. And we now know that the FBI engaged in a blackmail campaign against Martin Luther King Jr. using evidence of his extra-marital affairs to demand that he kill himself.

It is impossible to know how many social and political movements over the years have been impacted by clandestine sabotage, but what we do know is that the repressive tools of the state have only evolved in our modern world. Governments and tech companies around the world track our every move, purchase, web search, and message. Moreover, social media culture encourages us to brag and boast about our actions and do the work of surveillance for them.

Security culture refers to the cultural practices implemented by a community to protect from this kind of repression. While the threats we face are ever evolving, the same basic cultural norms that have been used for generations can do a lot to keep us safe from infiltration and surveillance. And the responsibility for upholding these norms is on all of us!

Here are 3 ways you can help uphold good security culture:

If a fellow activist tells you they are going out of town and then becomes vague or evasive when you ask where they are going, try not to pry. It can be very difficult for someone practicing security culture to navigate a situation where they are being repeatedly questioned and they don’t want to lie. It is the job of good cultural norms to make the community a safe and easy place to take part in risky action. We protect everyone involved by not asking questions about secure topics and not prying when someone is vague.

Even though DxE is known for doing open rescue, and much of our confidential work is fully released to the public at some point, we must still practice security culture at least temporarily.

If you think someone is violating security culture, whether they are sharing information inappropriately or asking questions they shouldn’t be asking, instead of ignoring it or calling them out publicly, you should take them aside and privately let them know why that behavior is harmful. Be understanding since they probably didn’t know it was dangerous. If it happens repeatedly, keep taking them aside, but take note of the fact that this person is not ready to be involved in high risk work. If we build a culture where people step in to stop poor security culture, we can easily minimize the threat of agents and informants repressing our activism.

One of the main goals of infiltrators and informants is to create conflict, backstabbing, and mistrust between activists. A culture of gossip and infighting creates tension among activists, and makes it easy for the state to turn us against each other and create informants.

Protecting against this is difficult. As a purpose-driven activist community, we need to remember that protecting each other comes before the enjoyment or social benefits of gossip. When we have complaints about someone's behavior, we should bring our concerns directly to the person exhibiting the behavior in an understanding way. When we hear gossip or unkind talk about someone behind their back, we should remind our community members of the risks and ask if they would be comfortable with the person in question hearing the conversation. Remember that you can never know who is listening.

Thanks so much for reading this information. Please feel free to share this blog with others so we can collectively improve our security culture practices. And if you have questions for me, you can contact me on a secure platform like Signal, not Facebook!