How does a city become plant-based? You start by divesting from animal agriculture. 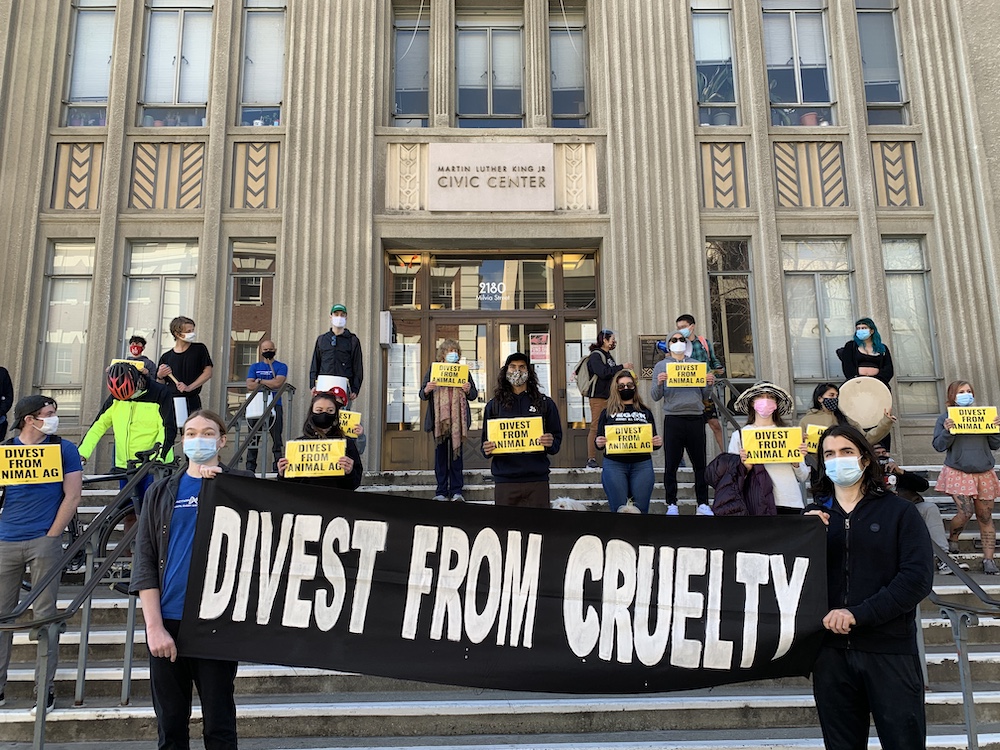 While there’s no one simple path or silver bullet to a just, plant-based food system, getting local governments to withdraw their financial support from the animal agriculture industry is critical. That’s why we’re campaigning to pass an ordinance in Berkeley that would transition 100% of city funds spent on animal products towards sustainable and healthy plant-based foods. And the support we’ve received so far makes me hopeful this victory is not too far off.

Here’s why divestment would be a game changer.

For all of the above reasons, it’s time for Berkeley to fully divest from animal agriculture. Furthermore, even if the city didn’t care about their broader impact on the world or the human and nonhuman animals on factory farms far from sight in Berkeley, this is a good move for the city. It will help them meet their stated climate goals, save money, and invest in the health of some of the most vulnerable populations.

Over the past month, we’ve been meeting with Berkeley Mayor Jesse Arreguin who has assured us that he too shares our goal of fully divesting from animal agriculture. It will be up to us to ensure he follows through. Symbolic declarations and resolutions are no longer sufficient. It’s time to take real action. And when he does and Berkeley becomes the first city in the country to move toward a plant-based food system, the rest of the state will follow.