The trial of open rescue 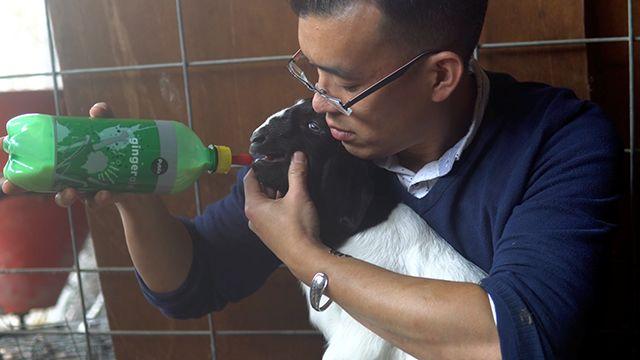 Seven years after founding the DxE Open Rescue Network, I finally go to trial. Here's why it matters.

Over 7 years after we launched the Open Rescue Network, I approach trial on November 29, for the rescue of a sick baby goat in Transylvania, North Carolina.

The right to rescue is going to court.

This is crucial because animals have been denied access to the courtroom since the founding of our nation. For decades, animals have been invisible to our legal system, seen as mere objects for corporations to burn, bury, or exterminate on a whim. Efforts to give animals legal standing are promising, but slow and incremental, dependent on the whims of those in power. Judges generally throw such cases out of court, on the grounds that animals are not legal “persons” under the law. (In this regard, animals are treated similarly to our nation’s historical treatment of people of color and women, who were also denied full legal personhood by the courts.) Legislators can’t be bothered with animal rights because it isn’t seen as a winning political issue. Open rescue forces our legal and political system to address the questions about animals it would not prefer to address. It politicizes an issue that our system would prefer to leave apolitical. Because, when a human being’s freedom is on the line, the system is forced to answer the question: is an animal a “thing” to steal, or a living being to rescue? The trial unfolding on November 29, while it carries grave risks for me personally, is an opportunity for the movement to make the case for animal rights in a court of law.

Going to trial is also crucial because of the precedent it can set: legally, politically, and culturally. The American legal system is a “common law” system, i.e., one in which the judicial system crafts the law based on ancient principles and interpretation. What happens in the courtroom can have binding legal effect in any future cases. And the common law principle we are invoking at trial, that my actions were “taken to protect life, limb, or health of a person",” i.e., that my action were legally necessary, will have far reaching impacts if we succeed.

For one, it will be the first time a court has recognized that animals are “persons” under the common law. As the brilliant legal scholar and activist Steven Wise has pointed out, this was a crucial first step to achieving full legal rights for chattel slaves. A positive outcome in this case could be legally harnessed in future cases beyond open rescue, from dog neglect to endangered species. We could argue to future courts, “See what this court, even in North Carolina, concluded. Animals are legal persons with rights. You, too, should conclude the same.” In a common law system, legal principles can’t be contained; they naturally spread to cases that are completely unexpected to the original litigants.

But the political precedent we will set, with a victory, is even more important. Transylvania County is one of the more conservative counties in America, with 60% of voters siding with Trump. It is filled with farmers and ranching, and it is a classic picture of rural America, with only 34,000 people in the entire county. If we show that animal rights activists can win over a jury of our peers even in Transylvania County, we show that we can win everywhere. And the first thing I will do, if we win, is walk straight into the District Attorney’s office and demand that he immediately commence an investigation of commercial animal farming in his county. What choice will he have, at that point, when his own community has spoken for the right to rescue? What choice will any District Attorney have, if they cannot convict the people who are taking direct action?